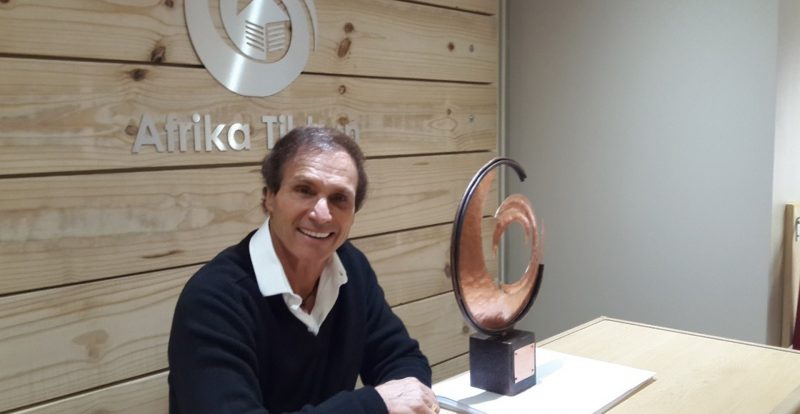 The flame of hope kindled in 1994 under the ethical and courageous leadership of our founding father of our democracy, President Nelson Mandela is being doused by greed. Public office is no longer seen as the service to our citizenry and country, but as a business opportunity for those in power, their families and a crony economic and political elite.

We have forgotten that the guiding principle of South Africa’s Constitution requires the democratic state to use public resources and the annual budget process as a redistributive mechanism to truly transform our highly unequal society. To do this is to bring the bottom up, not take the top higher. And that bottom, the underclass, is getting bigger, angrier and restless today.

Today we live in a democracy in which social justice and human dignity is at the heart of our Constitution. We have a right to meet here today, to organise ourselves and to speak our minds. We have not just the right, but the obligation to speak out. We live in a country where democracy is undermined daily as fourteen million people go to bed hungry, one in four is unemployed and one in three living a survivalist existence on social grants. The ‘political miracle’ of the 20th century in 1994 is seen as meaningless by millions of fellow South Africans.

That’s why I have returned to where I started my political life, working with evicted farmworkers from farms in the eastern Free State, co-creating a future based on sustainable, thriving and resilient villages building models of socially useful work producing socially useful goods and services based on community driven livelihoods in agriculture and other enterprises.

At the same time, we live in a rapidly changing world characterized by volatility, uncertainty, unpredictability and fluidity. The technological revolution of the last two decades had fundamentally changed the world we live in. In particular, it has changed the work and nature of production and growth. In the age of robotics, nanotechnology, automation and 3D printing rethinking education and livelihoods is key to our success.

Short-termism has become our mantra – how to satisfy our self-indulgence and individual drive for consumption and accumulation in a fearful materialistic world. The consequence is the rise of rightwing populism across the developed world best epitomized by the election of Donald Trump in the United States as President, the Brexit debacle, and even with the welcome triumph of Emmanuel Macron as President of France let us not forget that one in three French citizens voted for the hateful politics of Marine le Pen. The developing world is not doing any better. I sit on the Board of the Mo Ibrahim Foundation, the premier African foundation promoting excellence in good governance and leadership on our continent.

Our 2016 report, based on real data, concluded that almost two-thirds of African citizens live in a country in which safety and rule of law have deteriorated in the last 10 years. One does not have to be a rocket scientist to understand that without the rule of law citizens will experience a decline in governance and overall quality of life, intensifying repression and even armed conflict.

In our backyard, we see such armed conflict growing in Mozambique, the DRC and exploding into civil war further north in South Sudan and Libya. In many other countries, including Ethiopia, Uganda and Egypt, political and civic space is closing fast.

This is the environment within which business must learn to lead in the journey of human evolution and business leaders must learn to heed the call for transformation and growth coming from society, from their stakeholders, from their employees and from within themselves. This is relevant for us in South Africa, where in the context of failing state especially at a local level we have to rise to the challenge as civil society and citizens.

For a nation to flourish companies must participate and evolve to become conscious and adopt a spirit of co-operative partnership, address societal imbalances, increase productivity and efficiency, maintain transparency, accountability and governance. They must become a Conscious Company.

The key question is HOW?

I have encountered a new term – Ecority in my journey. It is a belief that all life is sacred; and that it is our collective responsibility to protect the rights of all living things on the Earth. Ecority sets new standards for what it means to be human – standards to which all human activities, especially economic production and consumption, need to adhere.

Before the 21st century, ecority was considered inimical (or at best a distraction) to running a profitable business or successfully governing a nation. Within the corporate domain, early advocates of environmental sustainability and corporate social responsibility were mostly ridiculed because of this.

Today that is certainly not the case. In fact, the reverse is true. While not all leaders have come to terms with the fact, the case for ecority is overwhelmingly persuasive, and on so many different levels. It can no longer be ignored. Customers are acutely aware of this. Regulators and activists avidly monitor corporate behaviour as never before. Employees demand ecority as the trade-off for giving their ideas, time and labour to the enterprise.

Besides this, the planet will not accept anything less. Over the past few centuries, the world’s developed nations have plundered the resources of the planet, creating a situation where there is quite literally no alternative. We live in an ecological emergency where climate change is already driving conflicts and wars in competition over scarce recourses such as land, water and food.

I am reminded of an old native American proverb – “We do not inherit our Mother Earth from our ancestors, we borrow it from or children.” When will our generation understand what is enough, how many homes, cars, things we can own?

Most people recognise that every decision and action we take must now observe the principle of ecority, for without it we are set on an inevitable trajectory of organizational entropy and global destruction. It serves no purpose to be ambivalent at this razors edge in our journey as humanity.

My overriding submission to you is that A COLLECTIVE SYSTEM, AND ORGANIZATIONS, CAN NO LONGER SUSTAIN THE IDEA OF INDIVIDUAL LEADERS AS CHANGE AGENTS.

The solution is to embrace a COLLECTIVE ETHICAL LEADERSHIP ROOTED IN CONSCIOUSNESS, AND RETURNING TO THE FIRST PRINCIPLES OF HUMAN KIND.

So how do we define the New Normal?

We have to foster Authenticity; Confront Conformity; Introduce Wider Perspectives; Think the Unthinkable; Groom Future Leaders with the wisdom of consciousness.

Our democracy comes with responsibilities to each other and to the future generations who are still to be born. We do not, and can never, represent the sum total of all history.

Our Constitution, deep in its heart, embraces the principles of social justice and human dignity and gives us rights. It gives us the power and the tools to pursue these objectives. We must use the Constitution to enforce our people’s inalienable claim to free quality education, health, water and all other basic rights.

And yet, more than 23 years later, we have to tackle privilege and the rise of inequality. We have to fix a broken system of governance and challenge the exclusion of the vast majority of black people in our country. We have to stand up and be counted, each and every one of us. No individual, organisation or sector can do this on its own.

While there are many challenges that face us in our country, I caution especially the next generation not to throw the baby out with the bathwater. I have worked in many failed states where millions are still displaced, where rape is a weapon of war, and where recovery from war takes decades.

Let us not go there.

It’s not where the majority of our people want to go. If you want to save the country, don’t destroy it and then leave this to the next generation to rebuild, because it may never happen.

Business has to decide whether it is prepared to play the new role in shaping the future. As your own mantra has spoken;

The conscious business revolution has begun.

Conscious Companies is a South African organisation that is focused on building the value of business through business values. It has been formed to incorporate various platforms and stakeholders that evaluate, monitor and recognise businesses that incorporate and uphold intrinsic human values in their organisation.

As our founding father of our democracy once said, “A good leader is one with a good head and a good heart.” That is where we start – from the heart full with love, compassion and generosity for our fellow citizens, especially the vulnerable and our Mother Earth.

Because as he also wisely said” For to be free is not merely to cast off one’s chains, but to live in a way that respects and enhances the freedom of others.”