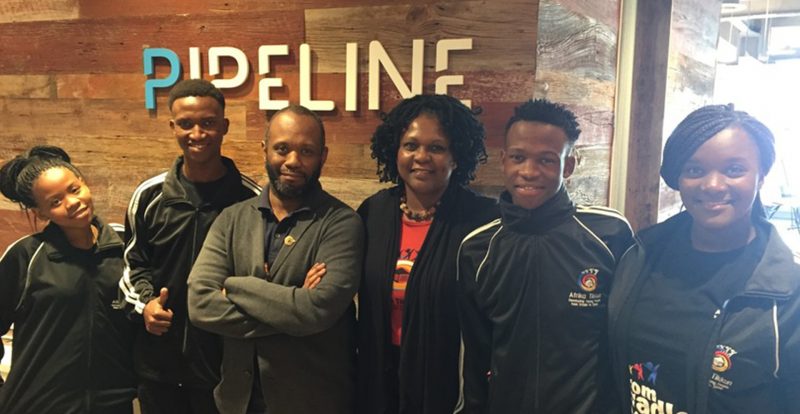 Data scientist and tech entrepreneur, Jon Gosier, recently opened up to the tech community about his life as a venture capitalist, at the same time opening his doors to future leaders from South African.

During FailFest, part of Philly Tech Week 2017 presented by Comcast, Gosier served as a panelist sharing lessons he learned from shortcomings during his career as an investor. But what was “ inspiring and encouraging” to the founder of Wounds A.I. and Southbox, during the celebration of the tech world, was connecting with four young learners enrolled in the Nelson Mandela-endorsed South African non-profit, Afrika Tikkun.

“To have them come to Philly and meet with local tech leaders, particularly local tech leaders of color, is an awesome thing,” Gosier said. “I think that some of us see ourselves in them. Some of these guys want to help these students well beyond their time here in the city.”

As part of Afrika Tikkun’s Child & Youth Development Program, Hazel Dube, Kabelo Mashabela, Bongani Tshabalala and Baile Diphoko were afforded the opportunity to represent the organization in Safelite Foundation’s annual Safelite Challenge in Las Vegas. Visiting with area tech leaders and associates of Gosier, the students were exposed to educational and career opportunities during a stop while on the east coast.

Smith thought his time with the students was “humbling,” recognizing that “people of color have a lot to share with the world.”

“Our Afrika Tikkun student-athletes had an opportunity to learn about entrepreneurship, venture capital, new media and innovation from Jon,” said Afrika Tikkun USA CEO, Elizabeth Ngonzi. “We’re very grateful to have them connect with such a role model,” Ngonzi said.

An Afrika Tikkun USA advisor, Gosier participated in receiving the students with AmerisourceBergen CEO, Steve Collis, and his wife, Toni, during a reception in their Delaware County home.