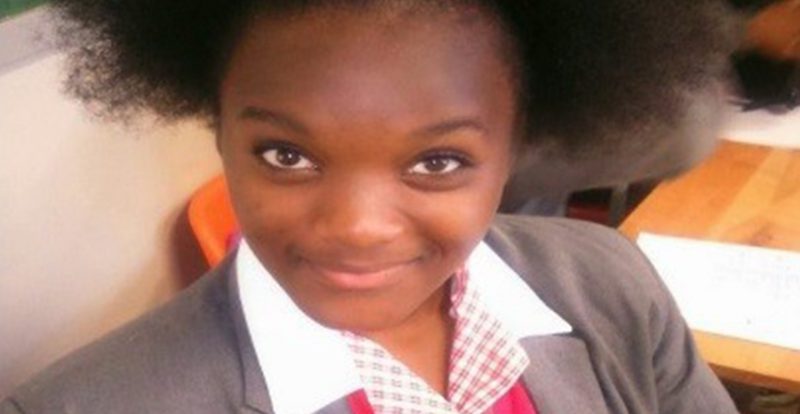 I was introduced to Afrika Tikkun 7 years ago. It was when my younger brother Thato was attending the Uthando ECD Center. I went past one of the meeting rooms and my attention was taken by noise that came through a window. I went in and found young girls dancing, I then asked one of the girls there what was happening she then told me all about Afrika Tikkun. I instantly became interested in being part of their group.

Being part of the Young Urban Women has strengthened my talents, exposed me to a lot of activities including learning computer skills, life skills, arts and culture and going to the library. With the help of Afrika Tikkun I have grown into a young responsible women, who is proud to be a product of Afrika Tikkun. Through the organisation I was exposed to a lot of opportunities and growth, I have been part of the June & Eliot Tatelman Camp. It was in this camp that I learnt about leadership and HIV management. I also got an opportunity to be part of the group that was trained by Action Aid, where  I learned more about sexual reproductive health rights, decent work, unpaid care and advocacy. This empowered me a lot since I learned to stand up for my rights as a young woman and for those who are voiceless.

I was appointed as a vice-president of the Young Urban Women Club at Afrika Tikkun’s Uthando Center and this responsibility helped me to learn a lot about myself and the others. Most importantly it gave me an opportunity to be a leader.  I was also one of the girls who were part of the discussion of the development of two parliamentary papers. It was in this journey where I got an opportunity to go to Cape Town by plane- so I was the first in my family to fly. This proved one of the quotes that says “”.

I was one of the Young Urban Women who took part in the big debate discussion which appeared on TV. This was again a first in my family. To appear on TV, for me it was a highlight of my life. With all the training and development received from Afrika Tikkun I was chosen to be one of the peer counsellor and the president of the group. Afrika Tikkun helped me in living my dream of making change in my surroundings since my participation in the programs helped me to improve my self-confidence and I am now able to facilitate educational topics to other youths.

All this was I managed to achieve through the help of the Social Worker, Facilitators and staff of Afrika Tikkun, currently I have passed my matric with good marks an also got an opportunity of applying for a bursary for my tertiary education’. Hazel has since been successful in her bursary application and is attending the Maharishi Institute studying business management.